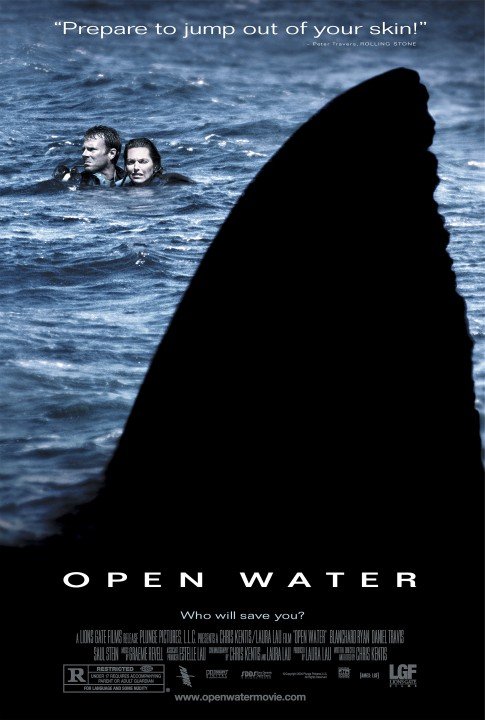 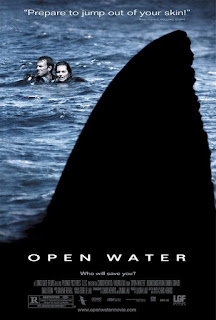 I've been meaning to get around to this movie for what feels like forever and I'm glad that I did even if similar films have come out in the meantime.  Shot on DV and with real sharks there was no CGI used unlike well, pretty much all modern shark attack films.

Listen straight up this is a film with 2 people in the water for most of its runtime. If that sounds boring to you because you want to see sharks chomping humans into pieces then go watch Deep Blue Sea again cuz that shits dope but if you don't mind a slower paced film that focuses more on suspense then by all means check this out.

The kinda terror this movie delivers is well beyond just an animal attack.  Yeah you could get muched by a shark but if you don't there's dehydration and exhaustion which in turn leads to drowning.  That alone is more than horrifying enough to think about.  At least the sharks are quick unlike the slow torturous death from just being alone out in the middle of the ocean.

The handled DV cameras and real sharks make this film feel incredibly real.  This is the kinda movie that gives you panic attacks while watching it.  Sure other movies like The Shallows and 47 Meters Down kinda took a similar idea and threw a bunch of money and fx at it but this low budget effort is just as effective.

It's runtime is only 80 minutes which is nice and there's enough going on so the film doesn't overstay it's welcome.  It's hard to pull off a couple characters in 1 location for the majority of a film especially when that location is as non-descript as the ocean but I feel like they did a great job.  They managed to make extremely little incredibly terrifying.

Available on Amazon Prime and Hulu.