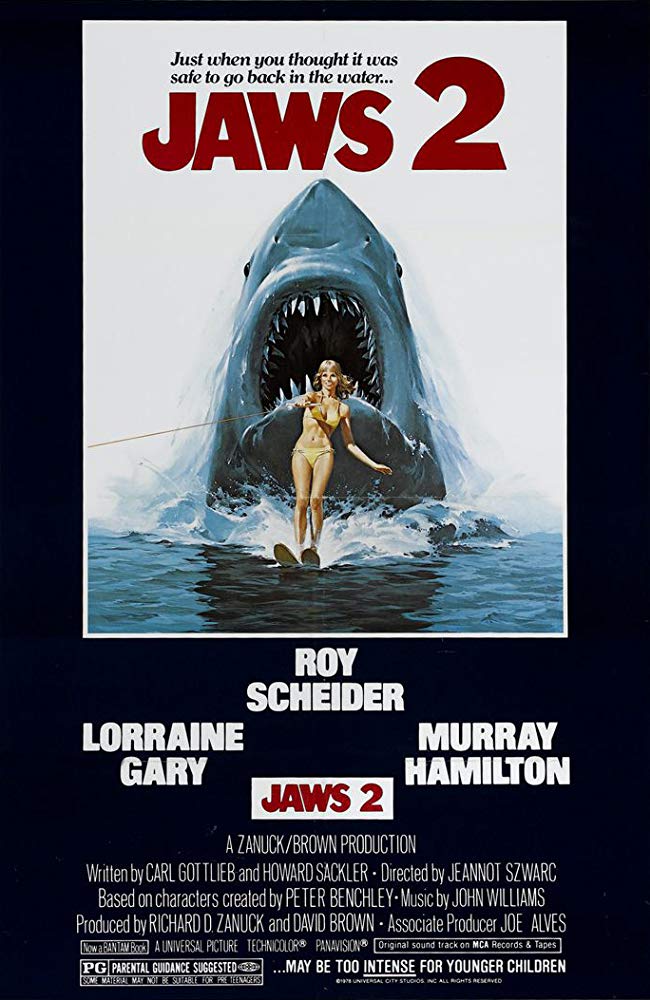 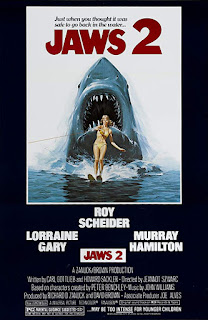 Just when you thought it was safe to go back in the water Hollywood made a butt load of money on the first one so here we go again.  Much like that other Speilberg animal attack film series with a handful of sequels, while the first one was a classic the follow ups tend to range from "ok" to dookie.

This happens to be one of the just "ok" ones.  While Chief Brody is back the films lack of other adult characters hinders this one. Quint and Hooper are sorely missed. Instead the film is populated with younger faces most notably Brody's son Michael and his friends.  They feel like the same kinda generic non-descript camp counselor fodder in a Friday the 13th film.  They should of have just thrown a hockey mask on the shark (I know I know this predates F13). Seriously I kept forgetting which one was Michael and which one was the Mayor's son since they all just shaggy haired white boys.

Brody's characterization in this might be the best thing this movie has going for it.  He's a haunted man from the events of the first film and absolutely dead set on not letting this happen again much to the detriment of his job, family, and friends.  Brody's gone a little shark crazy and many believe he's overreacting. Of course we know he's right.

This also though leads to one of the weirdest aspects of this film.  Since none of the deaths can be obvious shark attacks since then Brody will be proven right, all the deaths are like tangentially related to the shark. It's like the shark is gaslighting Brody. There's one scene where a woman hilariously pours gasoline all over herself before exploding.
It's not terrible but often feels like a half hearted retread that can't hold a candle to the original. Its still better than 99.99% of SyFy original shark attack movies.

And while I'm not the first person to point this out its absolutely worth reiterating that THE MAYOR FROM JAWS IS STILL THE MAYOR IN JAWS 2!!!!! That asshole knew and didn't close down the beach. This is why it's crucial to always vote.