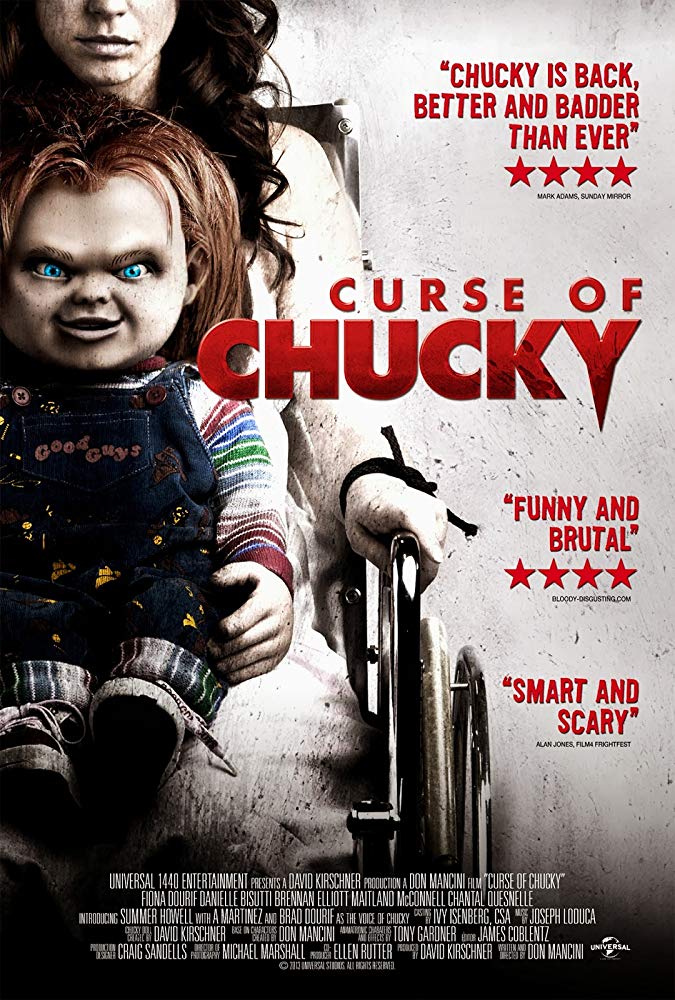 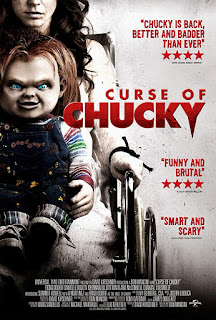 With a divisive previous entry and the longest gap between sequels, Don Mancini delivers basically a soft reboot.  What basically feels like the start of the 3rd wave of Chucky films we actually go back to the first film for inspiration.  The goal is to make Chucky scary again.
After 2 very comedic films this one slows the pacing down and focuses much more on suspense and building a sense of terror.  Unlike the first film, we know Chucky is alive and a killer, but still choosing to keep Chucky's activities in the shadows and off screen actually helps ramp up the creep factor, something thats been missing since maybe the first couple of films.

Of course it's deliberate slow nature and stripped down plot could be due to the fact that this is the first film in the franchise not to have a theatrical release so it presumably has a smaller budget.  But luckily it's well written enough that if this was a limitation then it's not too noticeable.

Of course not everything works.  I love Brad Dourif but there are some flashback scenes and I'm sorry but he does not pass for 25 years younger especially when you then show a scene from the first Child's Play actually showing us what he looks like 25 years younger.

Also the look of the doll itself has changed and seems to have drawn the ire of a certain amount of fans. I'm not crazy about it but at least when he's not moving he actually looks like a child's toy and not something designed by a prop department to look purposefully creepy, I'm looking at you Annabelle.

While the previous  entries' continuity isn't ignored it's kinda gently pushed to the background so this story can start fresh and not be bogged down by 5 films worth of mythology. Overall it seems to work for new fans and old ones who may have been spurned by the comedic tone of previous films.  And if you are a long time franchise fan there is certainly something for you. Make sure you watch the unrated cut and stay through the credits.