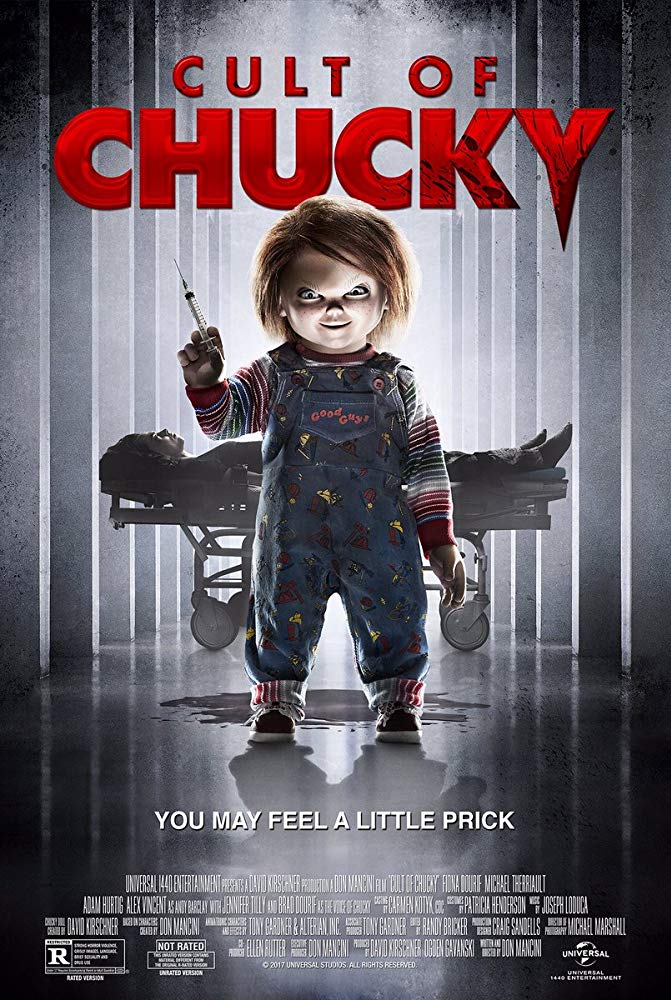 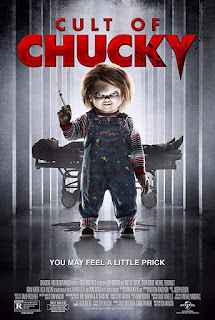 Per some of the comments I've received regarding this whole franchise revisit it seems that Cult is pretty divisive.  But this is my page and in my opinion I happen to think this entry is fucking dope.

Upon revisiting this entire franchise I'm gaining more of a respect for the entries that truly set out to do something different and goddamn is Cult different.

Franchises have a habit of repeating a formula that works so I'm always going to champion stuff that breaks the mold. Cult has some straight up weird fucking shit going on but while it's not afraid to be different this entry does have something that's been missing since the original entry and that's a genuine sense of not being sure if you can trust what you think is happening.

Before everyone knew Chucky was the killer (in the first entries brilliant reveal) there is a real sense of mystery and uncertainty going on.  This entry manages to bring back that feeling by introducing multiple plot elements we haven't seen before along with an unreliable main character.  Sure it's not the first film to be set in a mental hospital and use the fact that the main character might be crazy to obfuscate the story's true intentions but it sure is a welcome change of pace for this series.

Of course the other big plot element that keeps us on our toes is the introduction of multiple Chucky dolls.  Which one is alive? Are more than one alive? Is any of them alive?  Again this genuinely adds an air of suspense that previous entries were greatly missing.

Of course this all culminates in a pretty bonkers climax that completely blows apart the established rules we've come to know and gives us the clear message that anything is possible for the future of this franchise.  This along with the reintroduction of some long time franchise players make this film an absolute blast for franchise fans.
It might not be for everyone but I'm sincerely impressed that 7 films and 30 years later this franchise can remain unique and  inventive.  Bravo, Mancini, bravo!
Load comments
Langganan: Posting Komentar (Atom)