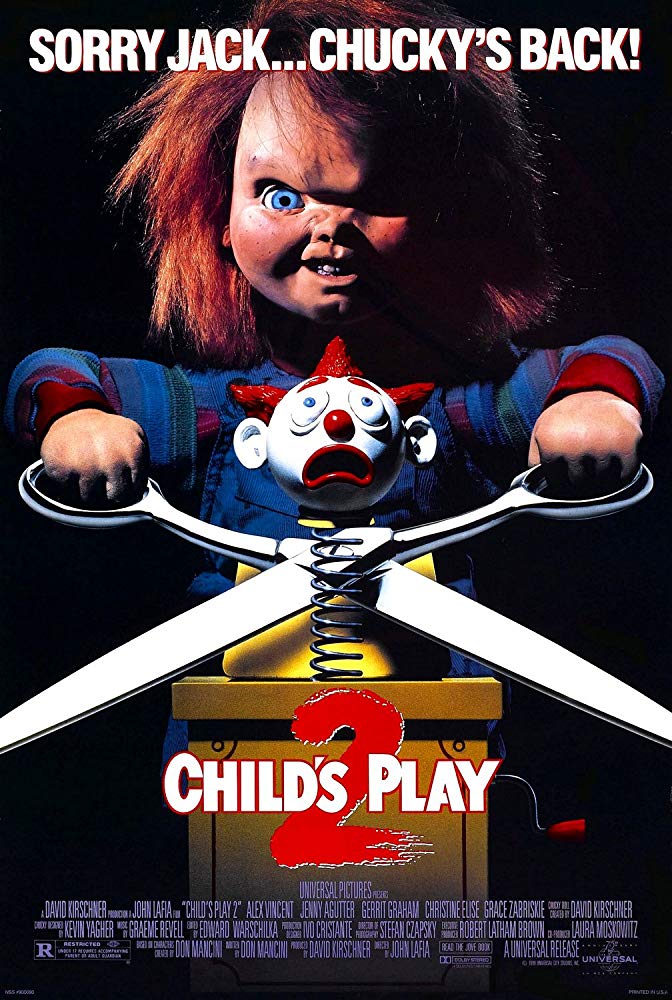 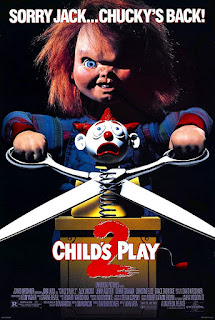 Slasher films can be some of the most formulaic the genre has to offer. Sequels can often result in half-baked repeats of the previous film.  Yet somehow that scrappy little killer doll comes back with an absolute banger of a sequel.

First right off the bat the animatronic doll has greatly improved.  The fx were great in the first one but now they're damn fantastic. Chucky is able to pull off way more facial expressions and small ticks allowing his sleazy charm to really shine through combined with the pitch perfect Brad Dourif returning to imbue this once lifeless doll with actual personality. Most on screen killers have the benefit of an actor to embody their monster, what the sfx crew does here cannot be praised enough.

Andy's back too and now he's been placed in the foster system after his mother's been sent to a psychiatric hospital when she wouldn't keep quiet about the killer doll.  The cast is populated with recognizable genre vets who help bring some depth to an already strong script.  Child's Play 2 is a rare sequel that manages to follow in the originals footsteps but never feels like it's repeating itself.

And then the climax set at the Good Guy manufacturing plant is one of the highlights of the entire series. Genuienely suspenseful and frightening it's a also an fx heavy setpiece that does not disappoint.  This film goes out with a fucking bang.

Child's Play 2 is a surprisingly worthy follow up to the classic original that is sure to satiate fans who wanted more of the pint sized serial killer.