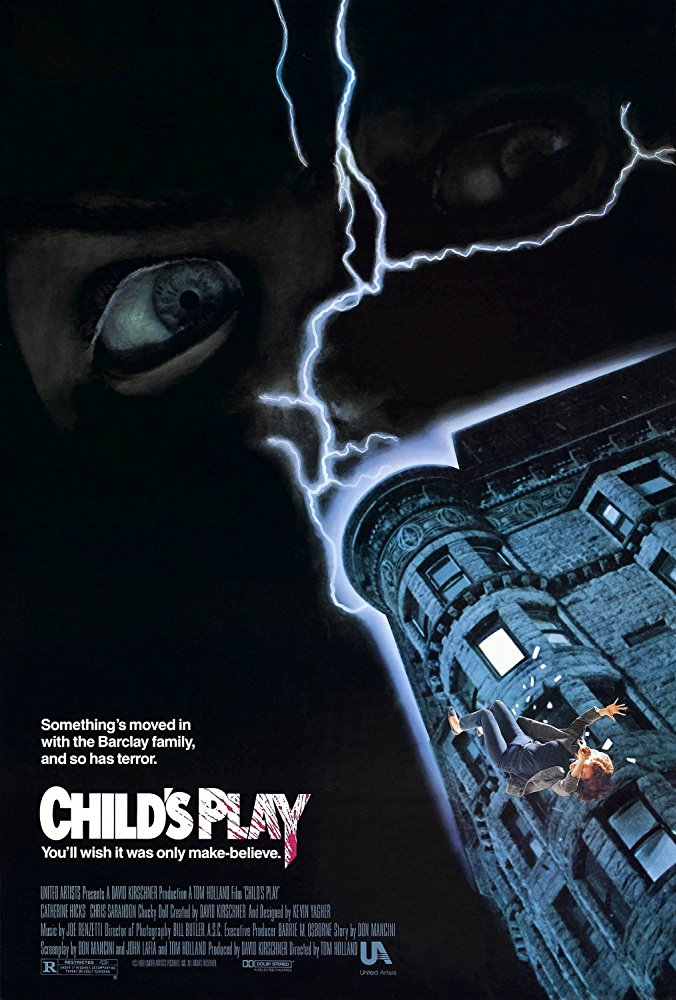 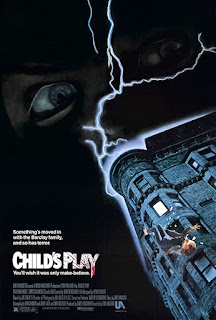 One of the most iconic villians in horror history. Seriously who wraps pants in a box that's the exact size of the hottest toy out now for someone's birthday? A seriously evil person that's who.

Ok this one is kinda personal for me. When I was just a wee lad I vividly remember going to get some ice cream and having to walk past a video store (y'all remember video stores right?) And they had the poster for this film in their window and just the poster alone scared me so much I wouldn't go get ice cream.  Let that sink in. A poster scared a child so much they didn't want ice cream.

Now the movie itself? It's fucking awesome. Its a genuinely well crafted horror film with some fantastic fx that still hold up farely well today. Besides the voodoo stuff which is just a means to an end (i.e., get serial killer into doll) which feels a bit of it's time (the whole moral outrage of Satanic Panic) the film still straight up slays today.

Director Tom Holland manages to have his cake and eat it too.  For a little more than half the runtime he wisely keeps the doll to the shadows leaving the audience to question the absurd notion of a killer doll only for Mrs Barclay to call Chucky's bluff in a fantastic scene where the doll is forced to reveal his true self in her hands.

Think about that for a second.  If an inanimate doll came alive in my hands it would not only be the scariest thing in the world but I would be forced to question my very understanding of the fabric of reality.  The nature of the universe I've come to understand is completely wrong. So before some internet tough guy says "I don't think Chucky's scary I'd just kick him in the face." Well to that I say "you good sir are ignoring the existential nightmare and true terror in the existence of a 'killer doll' so good luck kicking that in the face." .
.
The movie magic they pull off in bringing this doll to life is just amazing and head and shoulders above any CGI today. The practical fx bring a real weight and physicality to Chucky. Of course it doesn't fully work until you add the amazing Brad Dourif whose iconic voice truly gave life to an iconic slasher.
Load comments
Langganan: Posting Komentar (Atom)