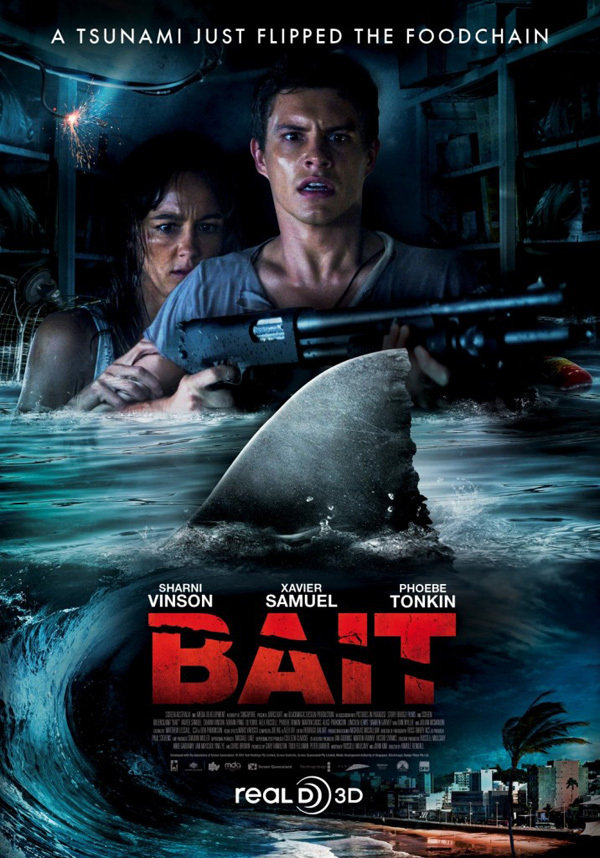 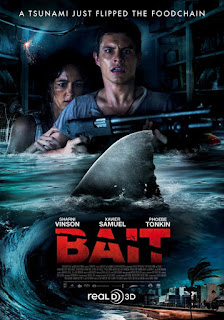 Ok maybe some of the CGI fx don't exactly hold up well, at least they're still a step above Syfy Original level.  And maybe I couldn't tell if the dialogue was full of obscure Australian colloqialisms or just bad, at least it had some recognizable, likable, genre faces in it.  Yeah maybe There's enough manufactured melodrama stuffed into this supermarket to fill 3 seasons of a soap opera, it's still more believable and relatable than anyone of the relationships in The Meg.

Listen, I'm a simple man. Flood a supermarket, trap some people inside, throw in a shark, and give one of the dudes a shotgun and I am fucking there.  As stated above it has some issues but after the last 2 turkeys I watched this was an enjoyable breath of fresh air.
A bit like the recently reviewed and released film Crawl, this movie mashes up a disaster film with an animal attack film to produce alternatingly suspenseful and gorey fun.  God, I'm just so happy to see some damn blood in a shark film again after yesterday.

It's a relatively tight story with decent characters that don't make any egregiously dumb decisions.  It's suspenseful when it needs to but isn't afraid to chomp some people into human hamburger meat either.  I feel like this shouldn't be a hard thing to accomplish yet after the last 2 films you'd think this is the holy grail.  Also one of the characters makes a shark cage suit out of the grocery store shelves which is pretty great.

It sounds like I'm being patronizing here but seriously this is a completely enjoyable shark attack movie that's definitely worth watching if you're looking for one that's not one of the 8000 versions of 7 Headed Tsunami GoatShark in Space.

Available on vudu and tubi free with ads.